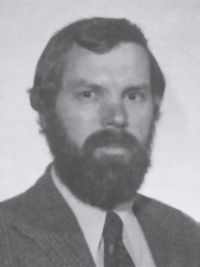 For some time since 1968 he had been the National Plant Materials Centre scientist in charge of the programme for introducing, breeding and selecting willows for soil conservation. Clones he has developed include the recently released fast-growing Salix matsudana x alba shelter selections “Tangoio”, “Makara” and “Moutere”.

His interests included tree protection systems, tree establishment methods and the potential of poplars and willows for stock fodder and biomass.

He spoke to the Tree Crops Association’s annual conference in Palmerston North on the planning of shelter taking into consideration such effects as wind direction, land contours, shelter density and the choice of species after considering wind velocity and closeness to the coast.

For several years, Growing Today was the journal of the NZ Tree Crops Association.
Thanks Bob, MWD, and the Growing Today team for this timeless series of shelter articles.