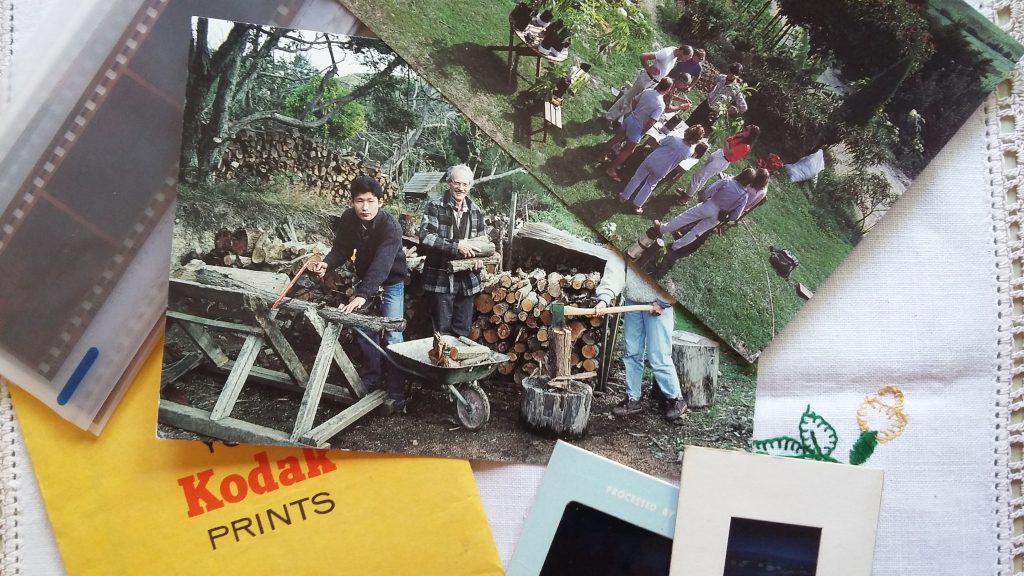 Branches are invited to take part in the first annual NZTCA Dick Roberts Photo Competition. This has been created to encourage members to take and share photos of tree crops, tree croppers and branch events. The competition also celebrates the life of the late Dick Roberts of Nelson Branch. Dick was a professional photographer and dedicated tree cropper. Funds from the Dick Robert Trust have been donated to facilitate this new event.

The competition runs in two rounds. In Round One, each branch organises their own internal competition or selection process, then submits two photos to the national secretary. Submissions are invited in two categories:

Category 1: A photograph featuring “tree crops”. That is, the trees, shrubs and other plants, produce and products of interest to tree croppers.

Category 2: A photo that features “tree croppers”. That is, the people involved in the NZTCA, or members and the public attending tree crop events.

Round Two takes place at a national level. A judge will be appointed by the branch who is hosting the upcoming tree crops conference (Nelson, this time around). The judge will do a blind judging of the 28 or so photos that have been submitted by the branches. There will be prize certificates for the people who submit the photos judged best in Category 1 and Category 2. Only one photo will be declared the overall (national) winner. The person who submitted the winning photo will hold the NZTCA Dick Roberts Photo Competition trophy for one year, then pass it on to the next winner.

In March 2019, “best in category” certificates and the brand new “overall winner” trophy will be presented by Jan Fryer of the Dick Roberts Trust at the NZTCA Conference in Mapua, Nelson.

ENTRIES TO ROUND ONE

Entrants must be a member of NZTCA and the person who took the photo.

All members of NZTCA are eligible to enter the competition, except the judge of Round Two and their immediate family.

Cropping and adjustments for brightness and contrast are the only modifications that are permitted.

There is no limit on when and where the photo was taken.

Photos must not breach people’s right to an expectation of privacy.

No photos of children are permitted without the written permission of a parent or legal guardian.

Photos must be in JPEG or .jpg format. A scan of a print or transparency is acceptable.

Photos should be between 1 Mb and 5 Mb in size, and of good quality when viewed at the size of a computer screen.

Entries must be submitted to the branch to which the photographer currently belongs.

By submitting an entry, the entrant consents to their photo being used by NZTCA in print and online, including in the TreeCropper, on the NZTCA webpage and in their social media, and for NZTCA promotional purposes.

The Branch Committee is responsible for selecting which photos are sent by them to the national secretary.

A maximum of two photos per branch will be accepted in Round Two.

Files should be submitted electronically to secretary@treecrops.org.nzby the deadline of 5:00 pm on February 15th.

The branch who hosts the upcoming NZTCA conference will appoint an independent judge for Round Two.

Judging will be blind. The national secretary will remove the photographers’ names and branch details before forwarding the images to the judge.

Photos will be judged on technical excellence, composition and subject matter.

The judge’s decision is final, and no correspondence or discussion will be entered into.

The NZTCA reserves the right to reject any entry at any time, without notice.

The winners of “best in category” in Round Two will receive a prize certificate.

The overall winner of Round Two (the national winner) will receive the New Zealand Tree Crops Association Photo Competition Trophy, to be held for one year.

Certificates may be awarded for other achievements, with the agreement of the judge and conference committee.

The winner will be announced at the NZTCA Conference, online and in the TreeCropper magazine.