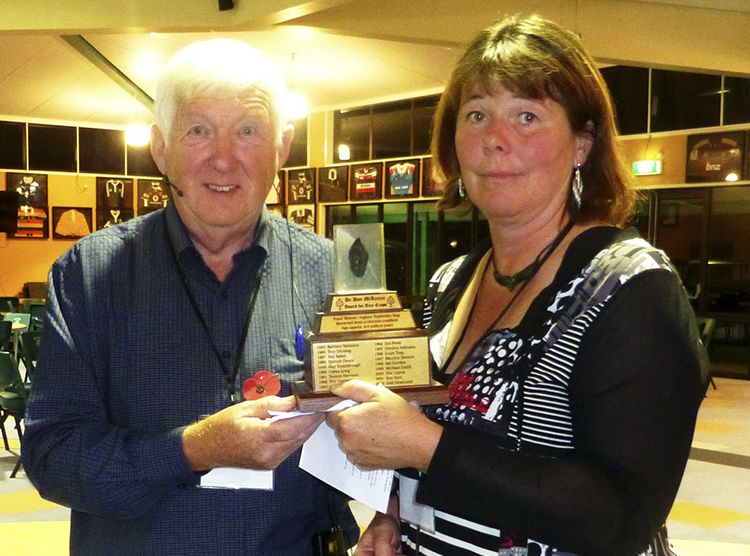 The 2016 recipient of the Dr Don McKenzie award is Sheryn Dean (ex Clothier), who retired as TreeCropper editor earlier this year after 11 years.

While being an editor she has taken the TreeCropper from an excellent organisational newsletter to a world class publication. Her editorial oversight has resulted in a focused and informative publication that is relished by members. It has included her own excellent photography, trip reports, columns and articles. She has liaised with members to encourage them to commit their knowledge to paper as well as editing these articles to make sure they are of the highest quality in terms of flow and correct use of English.

Being a feisty lady, she doesn’t mind asking questions whether they be pertinent, “silly”, hard or otherwise perplexing. This approach not only gets results and things done it also uncovers things that wouldn’t otherwise be uncovered. Lastly and most importantly, she makes others feel comfortable asking similar questions.

She has introduced such innovations as themed editions where members are encouraged to share their experiences with a particular crop. As well as things like postage in paper envelopes instead of moving to plastic, and making sure that paper used in publication is as green as possible. Thus making sure the TreeCropper aligns with Tree Crops’s values. She has also sought formal and informal feedback to make sure that the TreeCropper is always evolving and meeting the needs of the members. And made sure that articles represent the range of environmental conditions that are faced in the varied NZ geography.

She has also helped keep costs down, by introducing paid advertising to the TreeCropper.

In doing so Sheryn provided a remarkable service to the members. There are often members who say because of the value in the TreeCropper they stay members and it is also a great promotional tool. They are a valued resource, being kept on the shelves long after they have arrived. So Sheryn has helped bring the Tree Crops Association into a very positive start to the 21st Century.

As expected she has been active at a local level hosting field days at her home, and also a key driver in Waikato recently hosting the national conference.

Her editorial has been a driving force, ever since she began as Editor. Get stuff done. Her character has been part of the success of the magazine. Very pragmatic, Sheryn’s work with the magazine has held the rank and file together. The grassroots people that she holds together with a readable magazine.