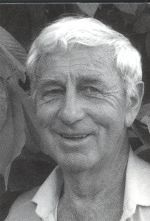 This was published every second month, with Ian Howat, followed in 1986 by Owen Long, being responsible for the tree crops content of the magazine.

However, in 1988 Associated Group Media decided to cease publication of Growing Today.  Not to be daunted, NZTCA obtained permission to continue to use the name Growing Today, and made a business arrangement with Alan Munro of Paperworks (later known as Keyline Publishers) to produce a quarterly magazine for us.  Subs moved to $26.00 to cover production costs.

With workaholic Alan Munro as editor and a vigorous advertising campaign, Growing Today flourished, and in 1990 became a monthly publication.

By 1993 Alan had developed GT into a very successful lifestyle magazine, but Association members felt it had too little tree crop content and we also had some difficulty in having Association news included.  As a result, we came to a mutual decision to each go our own way, and March 1993 was the last issue of Growing Today as our official magazine.  Subs dropped back to $15.00, but we were without a magazine.

Then, in 1994 at our Association AGM in Gisborne, “after an intense and l e n g t h y discussion” it was overwhelmingly resolved that our subscription be raised to $25.00 to allow us to increase our service to members, and, particularly, to once again publish our own magazine.

Much needed to be done to bring this about, but our first issue of “The Tree Cropper” came out in September of the same year.  This was the start of the present magazine, which has been a quarterly ever since.  By some sort of default I finished up as editor for a three-year stretch!

Looking back I see that I was editor for the first 10 issues, and in March 1997 was succeeded by Valerie Cowperthwaite.

Valerie did the next nine issues, and, at Issue 20 (winter ’99), was, in turn, succeeded by Lachlan Hunter.

With Issue 27 (autumn/winter 2001) we see Glenys Christian in place as editor.  She did a sterling 16 issues, up to and including No 42, when our current editor, Sheryn Clothier, took over.

Finally, I have an important message to give all members.

Remember, this is your magazine.

Whoever the current editor happens to be, they depend on your co-operation and contributions to produce a magazine.

As a previous editor I know only too well how true this is.  If you have an idea for an article, talk to Sheryn.  She can help you tailor it into its final form.  Material you send won’t get “dumped” — she assures me she will acknowledge all letters and e-mails.  If she thinks some changes are needed to the script she will discuss this with you before publication.

So, don’t be afraid to try your hand at a short article—each of you has accumulated knowledge or experience helpful to other members.